How Perfect is Perfect Enough?

Roni at Fiction Groupie has another thought-provoking post:  Do You Write Quickly Enough to Maintain a Career.

This is something I've been thinking about a lot lately, mainly in terms of *starting* my career.

I keep hearing how your manuscript has to be PERFECT before you send it anywhere.  Look here and here. I wonder, "How perfect?" Is it really possible to write the perfect book? Will I sabotage myself by submitting it if it isn't ready? If I do my very best and it isn't good enough, does that mean I now blew any chance of ever getting it published? Can I revise it and give it a different title and try again?

So I'm terrified to say I'm done.  I mean, I could have been done five times over by now, but how do I know if it's really done?  I want to write a perfect book, but I know my skills aren't good enough for perfect, so is just "pretty good" okay?  How about, "as good as I can make it in four years?"  Is that good enough?

How much agonizing is productive, and how much is just... agonizing?

Should I pay for an expensive writing class, or professional editing?

I have no idea. These things paralyze the unpublished. Well, me at least.

Once you are published, you have professionals working with you to give you professional feedback, like your agent and editor. You also have the confidence of having sold at least one book already.

That's a whole different ballgame. At least,  I imagine it is.  I really wouldn't know.

Roni mentions in her post that some professional writers bang out first drafts in 4-6 weeks.  Wow.  That's impressive. Truly. But I can't imagine that any book written in 4-6 weeks would have the depth of character and story that one written in 4-6 months has. My own work has grown enormously just by having time to stew and get to know the characters and setting so well.

So, what do you think, readers?  Have you submitted work to agents or publishers yet, and how long did it take you to finish them?  Have you had any formal training or any professional editing?  How much did you think it helped?
Posted by Nighfala at 9:16 PM 6 comments:

Rearranging Trees in the Forest 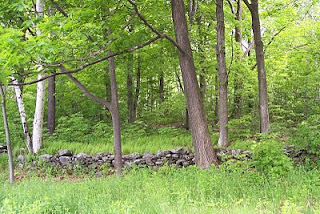 There's an old Tanya Tucker song called 'Down to My Last Teardrop' in which she's bemoaning a relationship that she knows is about to fall apart.  She sings "I'm rearranging chairs on a ship that's going down."

That lyric has always stuck with me for some reason.  Lately, in my writing, I feel like I can't see the trees for the forest, and I know the thing is just hopelessly tangled, but I'm rearranging them over and over anyway, hoping the view will improve.

That is to say (ditching the metaphors) I'm rearranging whole scenes, and words within those scenes, hoping it will make the book better.  But so far I don't notice any improvement.  If anything, I think it's getting worse!

Do you ever feel that way? What do you do about it?

P.S.  How can you tell when you really need to change things, or if you're just compulsively editing?  Sometimes I wonder if I'm thinking too hard?
Posted by Nighfala at 4:02 PM 5 comments:

Oh, my, I have discovered so many excellent writing blogs in the past few weeks that I'm going to have to follow Jon Paul's example and start a weekly Link Love feature.

By the way, can I just say, that I love your name?  "Jon Paul." It's like my favorite Star Trek Captain, Jean Luc.  Only you have more hair.  And you fly in an atmosphere.  And how cool is it that you are a really manly man who also writes and is reading Twilight? I just had to say that you are like the most awesome dude ever.  My regards to the Drill Sargent.  Your Fiction Writer's Battle Plan over at Where Sky Meets Ground is awesome.

Thank you, Jon Paul, for your service to our country.

Next up is Sierra Godfrey who was brave enough to put up her own checklist of writing problems.  They are eerily like mine.  For example, having characters smile too often.  Check it out, and also look at some of the other great content on her website.  Where does she find time to do it?

From Sierra's blog I found the link to Anne R. Allen's post titled Seeking Zoticus Weatherwax: Tips for Naming Fictional Characters.  Apparently, I didn't really have to create my own fictional language to name my characters. Too late.

Bane of Anubis has an absolutely hysterical You-Tube video of a British kid reading Twilight out loud. While being hilarious, it also highlights some of the things we should not do when writing.  My apologies to Stephanie Meyer.  Anyone (including myself) who thinks we can write a better book, better hurry up and prove it.

Roni at Fiction Groupie has an excellent post up about Point of View Advantages and Pitfalls.  Very timely stuff, as I am revising right now and I actually started culling some of the errors she mentioned out of the chapter I am currently working on immediately after reading her post.

Also, check out her Tuesday and Thursday Beta Club posts, where you can critique or be critiqued. Excellent feedback going on there. My excerpt is up in May sometime.

For fun, drop by Come In Character for this weekend's First Line Challenge writing prompt.  You can respond as yourself, or as one of your characters.

And if you enjoyed the First Page Blogfest, check out the Last Line Blogfest coming on May 1st.

That's it for today.  Lots of good stuff happening out there. Why didn't I find these blogs two years ago, when I was struggling so much with just finding the courage and will to write?  I got so discouraged hanging out at agent blogs, where all you hear is that your stuff's not good enough and the publishing industry is dying and you might as well just curl up in the corner with a bag of chocolate chips and forget it.

Oh, oh!  I almost forgot... you won't believe this.  Last weekend, after I had that post up about boiling your story down to a short pitch, I actually met someone who owns a small movie production company who wanted to know what my story was about and if I had a screenplay he could see.  Now, I don't think he was serious, and even if he was I don't think I would give it to him without researching his company and having an agent and all that, but I was thrilled to be able to tell him what my book was about.  It felt good.  It felt professional.
Posted by Nighfala at 10:34 AM 8 comments:

Spring has sprung, and I'm in a festive mood. Join me for a tea party over at my other blog, Christine's Cottage. You can come as yourselves, or come in character if you like.

By the way, if you haven't visited Come In Character yet, please do! It's a unique blogging experience where you can post in your character's voices and get to know them better.  New prompts are posted on Mondays, Wednesdays and Fridays.

P.S. If you enjoyed the First Page Blogfest, you might be interested in the Last Line Blogfest on May 1st.
Posted by Nighfala at 9:22 PM No comments:

I am getting addicted to blogfests.  These are just so much fun! I love participating myself, and reading what everyone else has done.  Thanks to Kelly Lyman for hosting this one.

Since I have already posted my first page several times, I am going to try something different.  I am going to post my old first page  This was the opening of book until about a year ago when I came up with the whole nightstalker-in-the-snow thing.  I'm thinking of cutting out the new chapters I've added at the beginning of the story, and going back (or rather, forward) to this one.

Long ago, when the mountains were taller and the seas younger, there lived a race of people who were smaller than humans, less magical than elves, and not at all like dwarves. For one thing, their menfolk (called hamen) had no beards, and for another, they loathed being underground. All they knew for sure about themselves was that they were Hanorja, and that their ancestors had come over the mountains in ages past.


A new moon hung low over the shoulders of the mountains as two hamen sat huddled at the base of a rocky slop.  They had drawn themselves up to a dark fire, which gave off heat but no smoke and only a little, purplish light.  One was taller and broader of shoulder; he stared into the fire with his head bowed, as if a great weight were upon him. The other was shorter, leaner and had propped his back against a rock with a quiet watchfulness, mouthing an unlit pipe.  He was Faldur, a captain of the King’s Rangers that patrolled the mountain border.  His tall companion was Melbrinor, eldest son of King Elmoran and the captain’s closest friend.

They had been following a regional protector called Chalmeth, whom they suspected of plotting against the King.  His trail led them to Blackpool, an opening in the rocks into which a waterfall poured with thundering force, then disappeared into the earth.  Chalmeth’s trail stopped at the edge of the pool; it was as if he had vanished along with the water.  There was a cave behind the falls, but there was no way to reach it and no other entrance anywhere among the rocks. They had assured themselves of this after a long, discouraging day combing the mountainside.  At nightfall they made their camp a short distance away, sheltered by a stand of aspens that sighed and rattled their branches in the chill wind.  The sound of the water was not so deafening here, though it still mocked them.

“He can’t have possibly entered that cave, so where is he?” asked Mel in a low voice.

Faldur stretched his well-worn boots to the fire.  The soles needed mending; he could feel hot spots on the bottom of his feet. “Perhaps he sprouted wings and flew away.”

"Perhaps he fell in."

Faldur chuckled grimly.  "We wouldn't be that lucky."
Posted by Nighfala at 6:18 AM 24 comments: