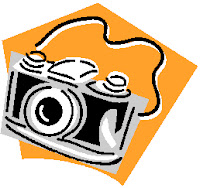 Hey everyone, it's time for a Sunday Snapshot! We haven't done this in a while so I'm really looking forward to reading your contributions. Post the last paragraph or several lines of dialogue that you wrote. It doesn't have to be perfect. It doesn't even have to be good. It just has to be yours.

Here's mine. It's pretty bad first draft but perhaps it will encourage y'all to share, too. I really do like getting a little peek at all the different things you are writing.


Berol pushed to his feet, prodding his nearest companion with his foot. His voice was deepening at last, rumbling in his throat without cracking as he shouted. “Up, elves! We will sleep in our own beds tonight.”

I attended my first World Science Fiction Convention (WorldCon) over Labor Day weekend. My head has been spinning with ideas and questions ever since. Just to clarify, I'm not a sci-fi writer but the conference covered all speculative genres. I met lots of awesome people, drank more than I normally do, stayed up wayyyy too late, and attended quite a few panel discussions.

The main thing that's been bugging me is "Where do I fit in?" Most of the stuff covered there was very dark in nature. I was tempted to ask one publisher as he went over the rollout of upcoming titles, "Do you publish anything that is not about violence, death and apocalyse? I'm just curious."

I describe my fantasy novel as "The Lord of the Rings with girls in it" or "Tolkien meets Jane Austen."  It is an adventure story with magic and swords, but set in a society that has a strict set of rules within which the hero and heroine are trying to find their identities. I had to give the hero a POV because he's so repressed he rarely talks. I had no idea for the longest time how these two bumbling souls would ever get to the point of declaring themselves to each other. But ultimately it's a hopeful book about redemption and the triumph of faith over darkness. One friend who read it said it is "deep, with lots of layers."

But the point is that while I know there must be an audience for it, how do I find it? And how do I find an agent or publisher that will take it on? I've scoured bookstores for similar types of stories and can find nothing, though I've read a few self-pubbed or small press books like it. It seems that the active bloggers and facebookers I interact with are all writing things with a lot of sex, a lot of violence or just dark, brooding themes. They're good people and I love talking to them but it would be hard for me to promote their books and I doubt that they would like mine.

I had an interesting conversation in the shuttle on the way to the airport with someone who encouraged me not to write for the Christian market. I told him I have no intention of it. Like John Grisham and J. K. Rowling, I am a writer who happens to be a Christian, not a Christian writer.

How do I find a community of like-minded writers who can point me in the direction of their publishers and agents? Is my story even publishable? I have no idea.
Posted by Nighfala at 12:48 PM 10 comments: