eHarmony - "The Enron of online dating" 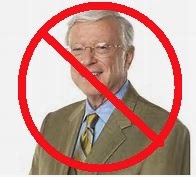 Neil Clark Warren should be ashamed of himself.

After joining eHarmony for a trial subscription ending on Dec. 14th, costing approximately $20/month ($59.95 for three months), my account was then charged $49.95 for an additional month.  I had previously tried to close my account several times but was unable to because I had a 3-month subscription, and the website won't let you close out if you still have time on a subscription. So I had been very careful to make sure that the auto-renew feature was turned off prior to Dec. 14th.

Imagine my shock on the 15th when I checked my account, saw that it was still active and that I had been charged $49.95 for an additional month of a totally worthless service. I immediately called Customer Service, as there is a 3-day cancellation period in their terms and services.

Customer Service informed me that I had renewed my membership on Dec. 10th. I don't recall doing so, but I do recall looking at the subscription options recently to see if there were any changes to the available plans. I did not complete the subscription offer and therefore thought that my account would still close on Dec. 14th. There was no message stating, "Your membership is now renewed and you will be charged full price on Dec. 14th."

I was warned after I joined eHarmony about them charging to continue unwanted memberships, and was therefore very careful to be sure auto-renew was turned off. I had been travelling a lot for work that week, however, and clearly was not as vigilant as I should have been against stealthy charges.

Customer Service directed me to their email complaint department, which today informed me that they cannot issue me a refund and directed me to read the terms and services on their website. The terms say nothing about refusing to give a refund, but do include a 3-day cancellation period.

According to the email, they will not address the issue further and I have no other recourse. They won't even let me talk to a human person.

Since then I've found myriad complaints about eHarmony. The real shock is that Mr. Warren is an evangelical Christian, upon whose personal reputation the service is promoted.

Maybe I shouldn't be so shocked. Actually, I'm not. I'm just deeply disappointed and embarrassed on behalf of all the other evangelical Christians who get a bad rap because of charlatans like him.

One anonymous person wrote this on a complaint website:

Please tell everyone you know to avoid eHarmony. Online dating can work. There are honest and effective online dating sites out there. The top two competitors of eHarmony are both genuinely good sites. I know because I've used them since my experience with eHarmony.

I sincerely hope others are more fortunate and learn of eHarmony's deception before signing up. Because eHarmony will steal your money and according to the dozens of other complaints I've since read, they will renew your contract and charge your credit card even after you've cancelled.

eHarmony is clearly the Enron of on-line dating.

A friend gave me a good tip to avoid bogus charges on a website like this. You must enter a credit card to sign up, but what you can do is change the card to a Visa gift card that has no value on it.
Posted by Nighfala at 11:38 AM 1 comment: