The past month has been crazy.  I took a third part-time job, my husband is still unemployed, we've been snowed in a couple of times, and we've all been sick off and on.  And when I get sick I don't get over it in a few days; it lingers a week or more.  This thing I've got now requires mega-antibiotics that have to be taken every six hours, so I'm totally exhausted from staying up to take the last dose in the evening.

It's so frustrating to have all these things I want to do and not be able to get them done.  "The spirit is willing but the flesh is weak," indeed.

My sister and I often say that if we had been born in the 1800's and our husbands had decided to go west, we would have been little white crosses on the side of the trail.  We're not exaggerating.  Thank God for modern medicine, and hospitals, and drugs.  I often wish I could have served my country in the military, but I would have been sick more often than I was healthy, and the sand would have really bothered my contact lenses.  Not to mention allergies and sun-poisoning. I have no taste for combat, but I would have liked to have done something behind the scenes.

So I try to use my talent for writing instead. I refuse to give up!  This book will get done somehow, sometime.

I did get my laptop finally!  It cost twice as much as I had budgeted, but that's okay.  We're getting a nice tax refund to cover it.  I'm so grateful that the Bush tax cuts are still in effect.  I did my taxes a couple of years ago (about 2006, I think) using an old tax schedule from 2000 and then compared it to the then-current number.  Do you know that the Bush tax cuts saved us, a middle-income household, about $3,000?  It really gets me riled when people go on and on about Bush just helping the wealthy.  Wake up and smell the numbers, people!  And the money we get back goes right into the economy; we have used our tax refunds and rebates for things like new carpeting, energy efficient windows, electronics and down payments on new vehicles.

But, I have to give credit where credit is due... the "making work pay" credit helped us this year, too, so Thank you, President Obama!  And I think I heard that the senate may be extending the Bush cuts a little longer.  They expire this year, so I'm hoping we don't get slammed in 2011.  Didn't we fight a war for independence over excess taxation?  So what is up with this now?  (scratches head) Anyway, enough about taxes.

Let's talk about Laptops!!!  I did a lot of research, and chose lightness, portability and battery life over some other features.  Let's face it, all I basically need is a word processor with Internet access, although I ended up with much, much more. 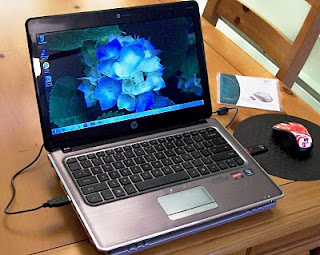 My laptop is a little 4 lb. HP Pavilion notebook.  I love, love, love it!  The battery lasts 4+ hours, and would last longer if I could resist using the Internet.  It's much faster than our PC, which is about five years old now.  And it's ALL MINE.  I was able to take it to work with me yesterday and work on my novel while my students were taking a quiz, and then I went to the library and continued to write until I had to pick up my son from school.  Then I sat at the dining room table and wrote while he and his friend played online games with the PC.  I'm just thrilled to have this independence! 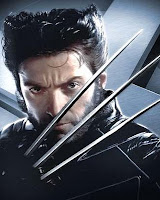