Today is the Breaking the Rules Blogfest hosted by Elizabeth Mueller.  I don't have an entry, but it looks like an interesting one so please visit her website to check it out!

Update:  Okay, I realized I do have an entry.  The rule I broke is "Don't Start Your Book With Exposition."  But I really, really like this exposition. So, here it is. 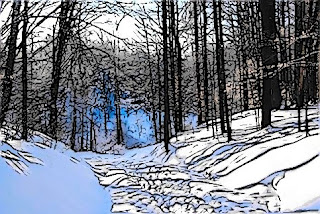 In the cold crack of winter, the lions came down from the mountains. Nightstalkers, the farmers called them: sleek, black prowlers that hunted at night. They carried off sheep, chickens, and, very occasionally, children. Before the war they had been a rare nuisance, a useful source of tales to frighten youngsters into good behavior. But the King’s brother Synedd, in his ceaseless grasping for the throne, had seen their potential in warfare and taught them to hunt for sport. He used them to supplement his army of traitors, making up in beasts what he lacked in soldiers. In the years following the war, the ones that hadn’t been killed in battle returned to their lone ways. The Rangers who patrolled the border studied their habits and became experts at tracking them down, even to their own lairs.

Faldur Relaszen, Captain of the Ranger pack assigned to the Silverbark Valley, was particularly renowned for his prowess. So when the message came that a nightstalker was plaguing the farms around Glenhym Castle, it was his duty to go and find it. This was not a duty he cherished, however, especially on Midwinter’s Eve. It was a hard thing to pass up the all-night celebration and go out in the snow in search of a wretched creature that would just as soon eat him as whatever livestock it was after.

He only hoped it didn’t take all night.
Posted by Nighfala at 9:34 AM